You are here: Home / Dogs for Adoption

My name is Buddy. I’m a Male Sheltie/Terrier mix. My owners sadly had to give me up. I’m happy here at Animals In Distress and meeting lots of new people and making new friends. My doctor told me I needed to lose a few pounds so I’m working on that. He is also getting my thyroid levels under control. I’m friendly, UTD on shots, Neutered and house trained. I would do best in a home without other pets.

Teddy and Casey are a mixed breed originally from Guatemala. They were from the same litter. They were rescued and brought to the states as pups but have not found a forever home.
They are about 5-6 years old. Spayed/Neutered and up to date on shots. They are both very friendly and affectionate. Casey, the blond female, being the more outgoing of the pair and Teddy is a bit more laid back and lets his sister call the shots. They are inseparable and will need to be placed together. 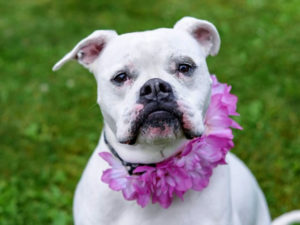 Cinna is an American Bulldog Mix. She is spayed and up to date on shots. 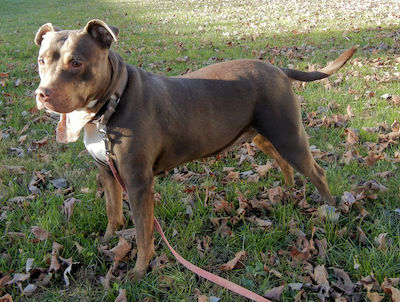 Cocoa is a female Pit mix and possibly mixed with Doberman according to the previous owner. She is 7-8 years old. She is spayed, up to date on vaccinations and is microchipped. She is friendly and takes to people well. She has been with other dogs but may do best as the only dog in the household.

Finn is a Male Drahthaar Mix. (German Wired Hair Pointer) Almost 7 yrs. old. He weighs 104 lbs., so he’s a big boy. Finn is house broken. Super friendly and playful. Kids ok. He seems to do OK around other dogs and is not overly reactive. Not sure around cats.

Loves everybody he meets and he enjoys carrying around his stuffed toys. Although he tends to de-stuff them if left alone. He would do best in a home where people are home and around a lot. He suffered from some anxiety when he first arrived and did not care to be left alone. Although, he has adjusted to the Kennel since his arrival and is less anxious. 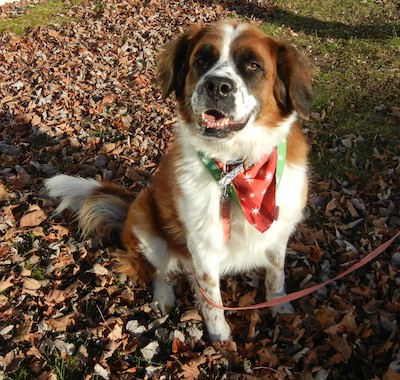 Hadley is a female Saint Bernard mix. She is very friendly and takes to people very well. She is spayed, up to date on vaccinations and is microchipped. She may or may not be compatible with other dogs. It would depend on the temperament. She would probably do best as the only dog. 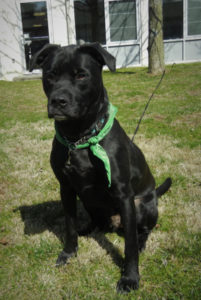 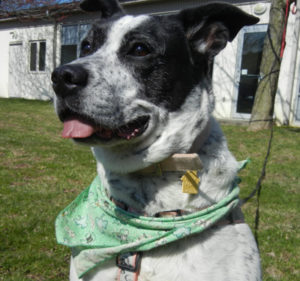 Layla is a Border Collie/Eskimo mix. She is good with people but is shy.  She needs to find a home without other dogs or cats. 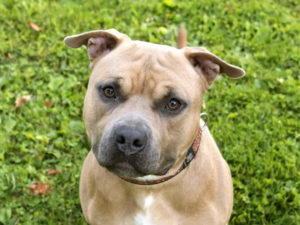 
Major is a Terrier/Stafford mix. He was born in 2015.  Major is neutered and up to date on shots. 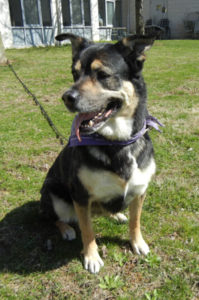 Mocha is a sweet German Shepherd/Rottweiler mix. She is good with people and some dogs. She would also be fine in a home with a cat. 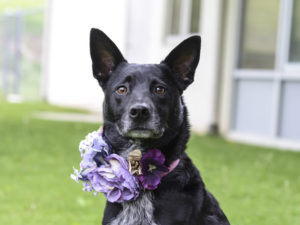 Penny is a Cattle dog mix. She is spayed and up to date on shots. 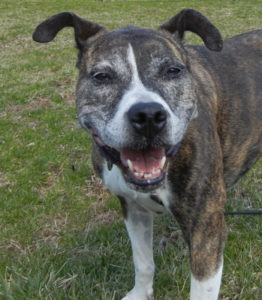 This is Ronnie. She is a Boxer/Pitbull mix. She is good with people and some dogs. 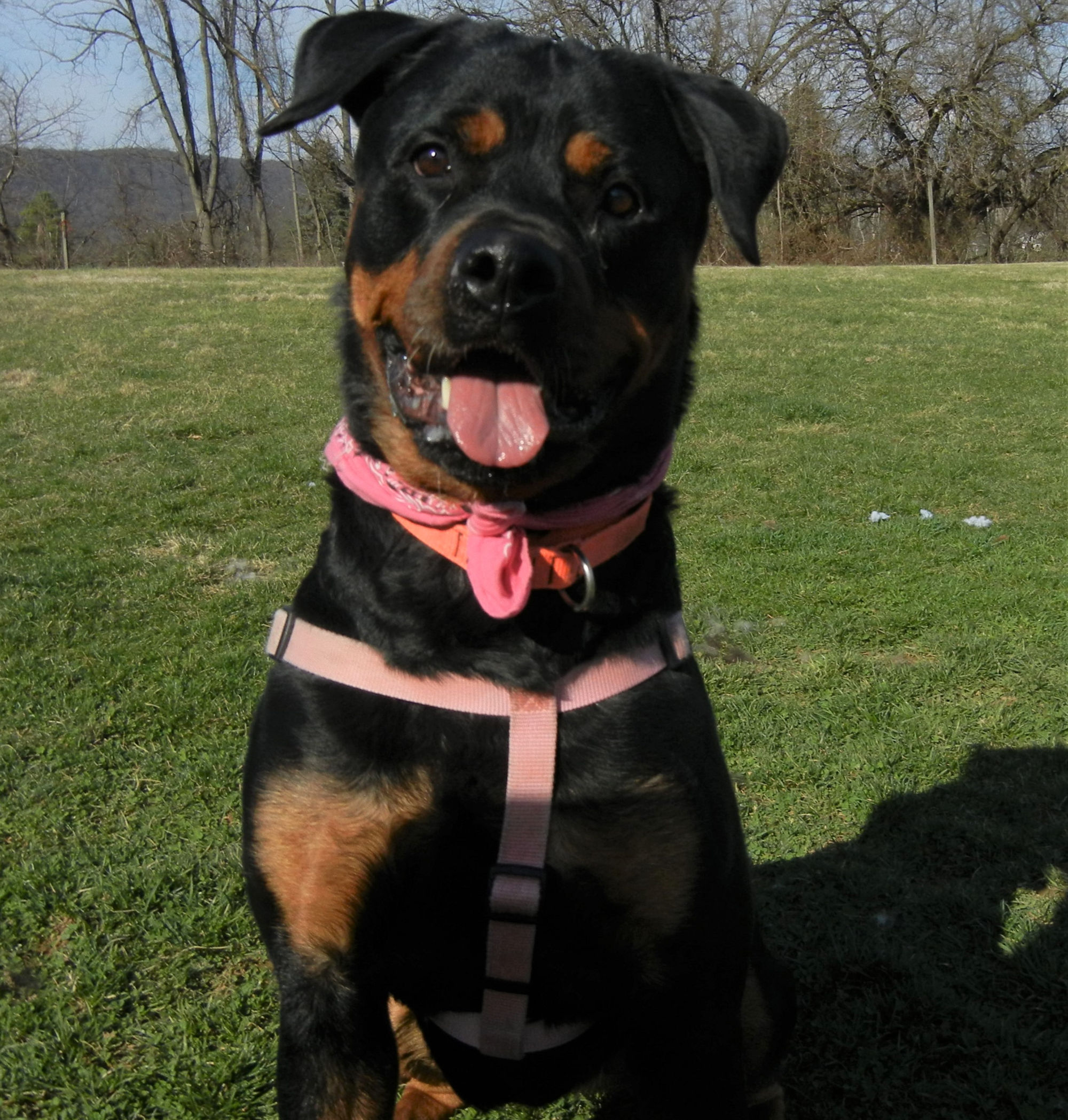 Scarlet is a Female Rottweiler. She is spayed, micro chipped and up to date on all vaccinations. Sadly her family had to give her up due to their circumstances. She is about 5-6 years old and is very friendly, although she can be a little shy around men until she gets to know you. She is house broken, very energetic and loves to run and play in the big yard. She is a big girl and quite strong so she needs someone who can handle her. She came from a home with cats and rabbits so she should do well around them. She doesn’t seem to be reactive around other dogs so she may be OK with the right dog. 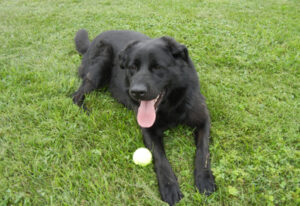 My name is Storm (aka Stormie since I’m a female :) I’m a 2 Year old Newfoundland/Shepherd mix. I have a lot of energy and enjoy walks and play time chasing balls. I do need some help with reactivity towards new things and dogs. I need an owner who can help with my socialization skills, and who can provide me with a consistent environment, a strong and assertive handler or handlers to earn my trust and respect, and someone that can fulfill my inherent need to work for resources, provide daily walks and exercise program, and take time to stimulate my mind with positive re-enforcement dog training sessions. In return I would be a loving, loyal companion.
I’m up to date on vaccinations, spayed and micro chipped. I would do best in a home with out cats and dogs.